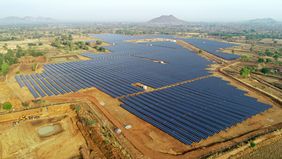 NextPower III’s investment strategy is to acquire solar power plants at the ready-to-build status or in operation across high-growth international markets. The investment team is currently focusing its efforts to increase the portfolios in its carefully selected geographies including the USA, Latin America, Southern Europe and India, where NPIII have ongoing transactions, and expect to announce further acquisitions during the third quarter of 2020.

“This acquisition allows NextPower III to further increase its presence globally and enter the Asia Pacific market where we have secured a pipeline of further opportunities. The transaction is another opportunity to execute on an operating asset in a carefully selected country (where the NextEnergy Capital Group has been present for over two years through its asset management company WiseEnergy), at attractive risk-adjusted returns. India has a strong focus on the transition to renewable energy and we are proud to play a significant part in that.”

“We are particularly pleased to announce this transaction in the rapidly expanding Indian solar market, which currently has one of the world’s largest expansion plans in renewable energy. It testifies to the international execution capabilities of the NextEnergy Capital team, especially in the current difficult business climate, which the team has been able to navigate smoothly. We continue to monitor the COVID-19 situation and are very pleased at how robust and resilient our NextPower III fund has been in this environment. We are on track to build a target portfolio for NextPower III of around 2.5GW installed solar capacity across carefully selected geographies.”

"We are pleased about NextPower III’s confidence in the quality and performance of the solar park that meets the high-quality standards of IBC SOLAR. The solar park in Odisha is a project we are definitely very proud of. It not only was the first project in Eastern-India that was fully developed, financed, constructed and commissioned by IBC SOLAR Energy alone but also an important step for the economic development in Odisha. Especially in and after times of crisis, renewable energy and solar energy in particular also have considerable economic potential which must be exploited, next to the contribution to climate protection.”